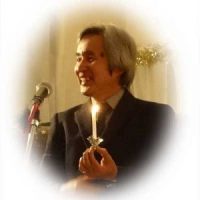 
Today is my 22nd message on the book of Isaiah, which is found in the Old Testament. Last week, I spoke on Isaiah 64 and the key verse was, “We are the clay, you are the potter. We are all the work of your hand” (Isaiah 64:8). None other than God is our Creator. And he is one who can remold us. Isaiah was reflecting on God’s creative power.

Then he prayed, “Do not be angry beyond measure, Lord; do not remember our sins forever. Oh, look on us, we pray, for we are all your people” (64:9). Isaiah prayed to a God who can not only transform us but also forgive sin. And a God who fulfills his promises faithfully. We are your people, Isaiah said. We pray You will look on us even now. This is what Isaiah prayed, among other things in chapter 64. What do you think God said to him in reply? Today let’s discover how God responded to Isaiah.

God’s reply can be divided into 3 parts.

First, God tell us that foreign nations will hear the good news and he will make them part of his people too. From our viewpoint, we know that God would raise up a people who believe in Jesus’ work of redemption through the Cross, which ushered in the New Testament era. Secondly, we learn that the people of Israel will not be spared from God’s judgment; but despite this severe warning, God also offers hope: that a remnant of Israel will receive his blessings and guidance. Third, God will create new heavens and a new earth. This new creation is a place where people will be free from disease and disaster, and they will live in perfect peace.

This is God’s response to Isaiah, which I will elaborate on today. So let’s turn to Isaiah 65.

Isaiah 65:1 says, “I revealed myself to those who did not ask for me; I was found by those who did not seek me. To a nation that did not call on my name, I said, ‘Here am I, here am I.’” Who are these people who did not ask for God, did not search for God? This refers to the Gentiles, foreigners who are not Israelites. First, in response to Isaiah, God says that he is raising up a new people. Today we see that this prophecy has come to pass: many Gentiles have come to believe in God through Jesus Christ. The Gentiles include us, who once lived without regard for the true Creator God. In a sense, Israel—the people who received the original covenant—failed to live in right response to God’s grace; and that led to the era of the new covenant. Just as God planned, there is now a new people of God, people from all over the world who believe in Jesus’ work of redemption of the Cross.

Moving on to my second point, about Israel’s judgment: in verses 2 to 7, God responds to how Israel’s heart strayed into idol worship and self-pride. Verse 2 calls Israel a rebellious people, while verse 3 calls them “a people who continually provoke me to my very face, offering sacrifices in gardens”. Sacrifice in gardens refers to living sacrifices offered to idols, one of Israel’s sins. Verse 4 describes them as people who “sit among the graves” and “eat the flesh of pigs”. This is a picture of people who try to commune with spirits of the dead through a spirit medium. Furthermore, eating the flesh of pigs violates the Law of Moses—showing how Israelites had forgotten to pursue holiness and instead they clearly lived in sin. Verse 6 then says, “See, it stands written before me…” evoking a picture of God in his judgment seat, looking at the book in which their deeds are written. God says, “I will not keep silent but will pay back in full…” God carried out his judgment by allowing Jerusalem to be destroyed.

Yet, in verse 8, God said, “As when juice is still found in a cluster of grapes and people say, ‘Don’t destroy it, there is still a blessing in it,’ so will I do in behalf of my servants; I will not destroy them all.”  Within Israel, there were always people who continued to be God’s servants and prayed on behalf of their fellow Israelites. For these faithful servants, God promises blessing in verses 13 to 16: “My servants will eat, but you will go hungry; my servants will drink, but you will go thirsty; my servants will rejoice, but you will be put to shame. My servants will sing out of the joy of their hearts, but you will cry out from anguish of heart and wail in brokenness of spirit.” Out of love, God was warning the unrepentant Israel, asking: Which of these two outcomes do you want to choose? Now let’s read the second half of verse 16: “For the past troubles will be forgotten and hidden from my eyes.” God may be severe in his judgment of sin, but on people who repent he pours blessing and restoration.

Verse 17 says, “See, I will create new heavens and a new earth. The former things will not be remembered, nor will they come to mind.” God will even make a new Jerusalem. Creation is to make something out of nothing (See also Genesis 1:1). Verses 17 to 25 portrays the glory of new Jerusalem, which will come during the end times. Verse 19 says, “I will rejoice over Jerusalem and take delight in my people; the sound of weeping and of crying will be heard in it no more.”  In new Jerusalem, humanity will no longer be bound by the curse of sin. Instead of living under a curse, we will live under God’s blessing. Verse 20 says, “Never again will there be in it an infant who lives but a few days, or an old man who does not live out his years”. In Old Testament times, a long life was considered a sign of God’s blessing. According to God’s promise in Isaiah, humanity will enjoy a long life, free from the curse of sin (See also Revelation 21:4). Verses 21 to 23 show that God will bless the work we do. Meanwhile verse 24 shows that a close relationship with God will be restored to us, while verse 25 describes the world living in perfect peace.

Brothers and sisters, what do you think of living in such a world? Let’s look forward together to this new heavens and new earth under God’s reign of peace.

"Where is the Lord?" (Jeremiah…