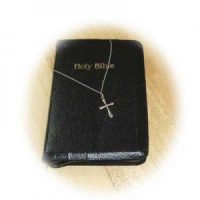 From a sermon series on 2 Kings by See Huang Lim, a missionary at IBF.

Last month, we covered 2 Kings 11. We read about how Joash’s grandmother Athaliah tried to murder all of her own grandsons. Jehosheba, Joash’s aunt and the wife of Jehoiada the priest hid Joash from Athaliah, preserving the royal line of King David. When he was 7 years old, Joash was anointed king of Judah, and Athaliah was executed. Today, we will read about the rest of Joash’s life in 2 Kings 12.

I would like for us to look at the character of King Joash today and focus on 2 of his weaknesses: his fear of man and his forgetfulness of kindness shown to him. From each of these points, I would like to draw out some applications for us today.

Now, the first problem that King Joash has is the fear of man. 2 Kings records the repairs that Joash commissioned for the temple in Jerusalem. This is tangibly the best example of Joash’s action that pleased God. Let’s reread verses 2 Kings 12:17-18, “At that time Hazael king of Syria went up and fought against Gath and took it. But when Hazael set his face to go up against Jerusalem, Jehoash king of Judah took all the sacred gifts that Jehoshaphat and Jehoram and Ahaziah his fathers, the kings of Judah, had dedicated, and his own sacred gifts, and all the gold that was found in the treasuries of the house of the Lord and of the king’s house, and sent these to Hazael king of Syria. Then Hazael went away from Jerusalem.”

Yes, indeed Joash is remembered for his contributions for the temple, but he completely undoes his good deed by bribing Hazael off with gold from the renovated temple. Though subtle, 2 Kings 12 verses 17 and 18 criticize Joash’s fear of man. If God could protect him from the deathly gallows of Athaliah, surely he could deliver him from Hazael. Yet, he chooses to depend on his own human wisdom to gain national security. He feared Hazael rather than feared God.

Don’t we sometimes find ourselves in the same position as Joash? It is only when we are put in a time of crisis will our trust and dependence on God will be tested. In many places in the world where persecution is common, believers often have to ask themselves who they fear more: God or the people who persecute them.

Perhaps in Japan persecution isn’t so obvious. Yet, believers may find themselves in a place where they may be pressured to fear people rather than God. A common problem for believers in Japan is the issue of Buddhist funeral rights. What happens when a Buddhist relative passes away and you have to attend the funeral? As Christians, do we participate in the Buddhist rituals? Many believers prefer to participate in the rituals because they are afraid of creating a scene or offending their relatives. This is also an issue for Christians in Malaysia from Buddhist backgrounds.

One lady that I know shared with me how she at first gave in to the family pressures during her father’s funeral. During the funeral her Buddhist nephew saw her lighting the incense and bowing. He asked her, “Aren’t you a Christian? Is it okay for you to be praying to the Buddha and the ancestors?” She felt that God was convicting her through her nephew. Even though she performed the rituals that day, she decided not to continue doing it in the next few days of the funeral procession. Of course, she was harshly criticized by her family members. This experience, though hard, taught her to find comfort in God in the face of rejection from family members. In turn, her walk with God grew as she learned to value what God thinks of her above people’s opinions. Furthermore, her conscience before God was clear because if she were to just ignore God’s conviction, she would not feel at peace.

In John’s gospel chapter 12:42-43, some of the Pharisees believed in Jesus. But because they feared the authorities and were unwilling to be put out of the synagogues, they kept silent about their faith. John says that this fear exists because “they loved the glory that comes from man more than the glory that comes from God.” They knew that following Jesus would mean they would become unpopular, rejected, or even persecuted by their own people. Likewise for us today, we have to ask: is Jesus worth following even if it means that we risk becoming unpopular, rejected, or persecuted? If you are a Christian, I encourage you to ask yourself, “In what ways have I allowed myself to be controlled by fear of man?” If you’re not yet a Christian, let me ask you to discover more about Jesus and why many people over the centuries follow him even when it is to their own personal disadvantage.

Let’s continue reading from verses 17 to 22: “Now after the death of Jehoiada the princes of Judah came and paid homage to the king. Then the king listened to them. And they abandoned the house of the Lord, the God of their fathers, and served the Asherim and the idols. And wrath came upon Judah and Jerusalem for this guilt of theirs. Yet he sent prophets among them to bring them back to the Lord. These testified against them, but they would not pay attention. Then the Spirit of God clothed Zechariah the son of Jehoiada the priest, and he stood above the people, and said to them, “Thus says God, ‘Why do you break the commandments of the Lord, so that you cannot prosper? Because you have forsaken the Lord, he has forsaken you.'” But they conspired against him, and by command of the king they stoned him with stones in the court of the house of the Lord. Thus Joash the king did not remember the kindness that Jehoiada, Zechariah’s father, had shown him, but killed his son. And when he was dying, he said, “May the Lord see and avenge!””

Has Joash completely forgotten that it was Jehoiada who housed him when Athaliah was seeking to kill all the descendants of David? He was indebted to Jehoiada, and yet he did such a cruel thing as to kill the son of his benefactor. One moment he repaired the temple, and the next moment, he worshipped other gods and ordered God’s prophet to be executed. Because of his sins, God allowed the Syrian army to triumph against Judah, as is written 2 Chronicles 24:24, “Though the army of the Syrians had come with few men, the Lord delivered into their hand a very great army, because Judah had forsaken the Lord, the God of their fathers. Thus they executed judgment on Joash.”

Now, Joash has had many reminders from God’s prophets, but he chose to ignore their warnings and suffered God’s judgement. If you think about it, isn’t a reminder a kind of warning? For example, we set our smartphones to remind us of upcoming events or things to do because we know these reminders would warn us of the kind of trouble we would get lest we forget. For me, I set a reminder to tell me that I have a class on so-and-so days because I know if I forget that I have a class then and fail to turn up, I would lose my students.

The Bible tells us that God has repeatedly reminded us to turn back to him, but we have failed to heed his warning. The consequence for our failure is that we deserve to receive God’s punishment, which is spiritual death. Some call this spiritual death hell, but what is hell? Hell is the absence of God, who is the source of all goodness, joy, meaning, and life. Hell is not a place that God puts us in, but rather a place we choose to put ourselves in when we try to live life our way without God. God’s judgment can be understood as God respecting our human freedom that he would allow us to choose a path without God even though it will eventually lead us to self-destruction.

Not wanting such a fate for us, the second person of the Triune God came to this world, in the person of Christ to not only remind us of God’s love, but to also die on the cross to free us from our self-inflicted destruction. Only when we realize that we have failed to heed God’s reminders to turn to him and trust in Jesus to rescue us, we can have our relationship with God restored and start living lives as his sons and daughters. It is only within this intimate relationship with God that we can truly find life’s greatest purpose, joy, and satisfaction. Jesus says that he came to give us living water that would satisfy our heart’s deepest longings. Have you ever tasted this living water?

Perhaps many of us are like Joash. Though we have tasted the goodness of God through Christ, we gradually forget and drift away from God. My church elder Colin shared about a man he had mentored. One day, he wrote an email to tell Colin that he was no longer a Christian. Colin wrote back to say that, though sad, he would continue to pray for him to find his way back to God. Two years passed, and the man returned to church, though sitting at the back pew. Slowly he came back to the Lord, and when Colin met up with the man, he asked, “What brought you back to God?” He said, “I tried to do everything I knew I wasn’t supposed to do. I tried living life my own way, and it was empty. So empty.” And such empty life awaits us if we start drifting away and away from God as we forget about him and our relationship with him. The line in the hymn “Come Thou Fount of Every Blessing” that we just sang highlights that our hearts are “prone to wander…/prone to leave the God I love.”

Because of this tendency, it is important to continually remind ourselves of what Christ has done for us. That’s why we come to church. A missionary friend once told me people start losing their faith as they stop attending church. That shouldn’t surprise us. During worship and the message, we remind ourselves of the life, death, and resurrection of Christ. When we talk to others, listen to one another’s burdens, and pray together, we remind each other of God’s love and goodness in spite of hardships. When we take communion, aren’t we remembering Christ’s sacrificial death for us?

Coming to church once a week isn’t enough. On other days of the week, our daily spiritual disciplines such as Bible reading, private devotions, etc. continue to remind us to be grateful to God, to depend on him through life’s ups and downs. These activities also remind us that our true identity comes not in our successes or failures in life, but through what Christ has done for us on the cross. So, do we set aside time to be in God’s presence and remember his kindness to us?

Coming back to King Joash, we may never know what led him to forget about God and drift away. It was most probable that he drifted gradually as one compromise led to another. Perhaps it was his fear of man that was the beginning point of departure from God. That coupled with him forgetting his uncle’s kindness towards him was a recipe that led him to his eventual demise. Joash’s life is a story of a man who started out well enough in his younger days, but towards the latter half of his life, he turned away from God. May Joash’s life be a cautionary reminder to us that a good start doesn’t mean a good end.