Today’s message is from Mark 11:3, “The Lord needs it.” From Mark Chapter 11, the passion week had begun. The first events in the week was Jesus’ entry to Jerusalem. Jesus didn’t come to Jerusalem riding a horse, but on a donkey. In Zachariah 9:9, it says “Rejoice greatly, Daughter Zion! Shout, Daughter Jerusalem! See, your king comes to you, righteous and victorious, lowly and riding on a donkey, on a colt, the foal of a donkey.” Jesus’ entry into Jerusalem was accomplished as a fulfillment of this Old Testament prophecy. Your king means Messiah, the Christ, and it is really interesting that Christ came to Jerusalem riding on a donkey as the king of peace. I would like you to read Mark 11:1-11. Jesus sent two of his disciples, saying to them, “Go to the village ahead of you, and just as you enter it, you will find a colt tied there, which no one has ever ridden. Untie it and bring it here. If anyone asks you, ‘Why are you doing this?’ say, ‘The Lord needs it and will send it back here shortly.’  (Mark 11:2-3 ) and it continues to verse 4-6, “They went and found a colt outside in the street, tied at a doorway. As they untied it, some people standing there asked, “What are you doing, untying that colt?” They answered as Jesus had told them to, and the people let them go.”
Everyone, please pay a close attention that Jesus tells us the same things “the Lord needs us.“ Also In the neighboring town, there were some of his disciples who supported Jesus and responded to his words, “The Lord needs it.” In this way, Jesus’ entry into Jerusalem was prepared and done.

Now, Let’s see how Jesus entered Jerusalem. Some threw their cloaks on the colt, and Jesus sat on it. Someone started putting his jacket instead of a saddle. It is said that many people put their cloaks on the road. This was an act of respect, and many people voluntarily made the act of welcoming the king. They indicated their intention that Jesus was their king, the Messiah. They shouted, “Hosanna! ” “Blessed is he who comes in the name of the Lord!” (Verse 9) Hosanna means in Hebrew “Lord, save us.” And now it is used to praise God. “Blessed is the coming kingdom of our father David!” “Hosanna in the highest heaven!” (Verse 10 ) In their words “The kingdom of our father David” indicated their desire that the Messiah was about to rebuild the kingdom of their father David. “Please bring the glory of David again. “ They seemed to have a very enthusiastic welcome, but at the same time I feel it was just a human wish. It’s sad to see that such human wishes turned into disappointments and these exact people called out to crucify Jesus over the next few days.

After that, the incidents of withered fig tree was recorded. Please read Mark 11:12-14, 20-25. It’s a very interesting record and I wonder why Jesus did this. Jesus was hungry so he went to the fig tree to find out if it had any fruit. He found nothing but leaves, because it was not the season for figs (13). Then he said to the tree, “May no one ever eat fruit from you again.” And his disciples heard him say it. (Verse 14) In the next morning, as they went along, they saw the fig tree withered from the roots. Peter remembered and said to Jesus, “Rabbi, look! The fig tree you cursed has withered!” The response of Jesus is very interesting. “Have faith in God, Truly I tell you, if anyone says to this mountain, ‘Go, throw yourself into the sea,’ and does not doubt in their heart but believes that what they say will happen, it will be done for them. Therefore I tell you, whatever you ask for in prayer, believe that you have received it, and it will be yours.」(Mark 11:20-24 NIV)

I believe that every activity has God’s timing and God’s will is hidden there. Jesus first came to this earth to forgive the sins of mankind and to do the work of redemption on the cross. It was the first coming of Christ, and the book of Gospels was written by the disciples who met Christ, and many Christians had been born on this earth. The Second Coming of Christ comes to bring righteous judgment to all, and to take Christians up to heaven. I believe it is God’s plan. The Jews who crucified Christ were scattered around the world as Jerusalem was destroyed by the Roman Empire in 70 AD. Even though the Savior came, many Jews weren’t able to believe in him, and they experienced the judgment of God like this fig tree. However, the Holy Spirit birthed a church, and many Christians believed in God in difficult times and experienced the help of God through prayer. Through difficulties and persecution, the New Testament was written and left, and the Bible was completed under the guidance of the Holy Spirit. I think in Christian life we can move the mountain (a lot of difficulties and challenges) and put it in the sea. Many people are now facing difficulties and challenges because of the coronavirus. Let’s live a life of proclaiming that even the mountain moves and enters the sea. And we want to respond to the word of Jesus “The Lord needs you.”, and be cooperative with His work. 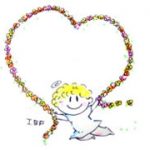 How to have our worship servic…

David himself calls him ‘Lord.…

The Lord needs it.

your faith has healed you.